After I finished the brown apron skirt, I started on the decorations for it! As it was, it looked very dull and like it was sorely missing something, so I played around with different ideas and ended up with a two layered solution. The first layer was simply half circle, brown silk lined with green, which I folded on either side. The other layer was a little more complex. This too was two sided, green on one and brown on the other, and involved both buttons, a thin golden rope (it was originally too thin, and I hand spun it to twice the thickness) and handmade golden tassels.

I made a pattern with the rope, pinning it in place while I hand stitched it on, as well as the buttons. Then, I attached the tassels to the rope. Realizing that the piece I had made wasn't wide enough for me to attach it to the buttons on the skirt with button holes, I stitched on a loop of gold rope on either side and made a button hole on the middle of the top ridge.

It's all a little difficult to explain, so here's some photos of the result that may help you visualize it: 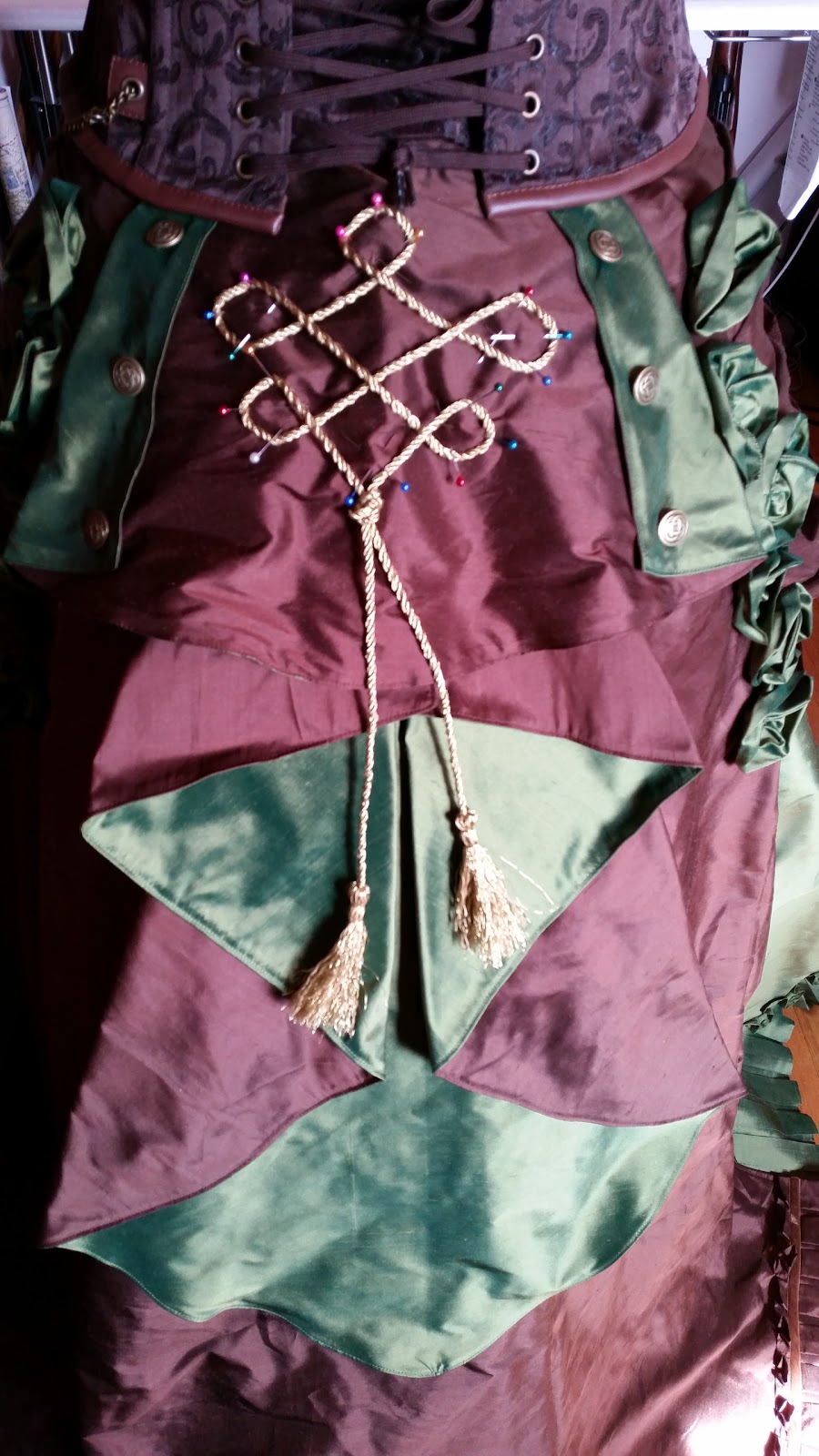 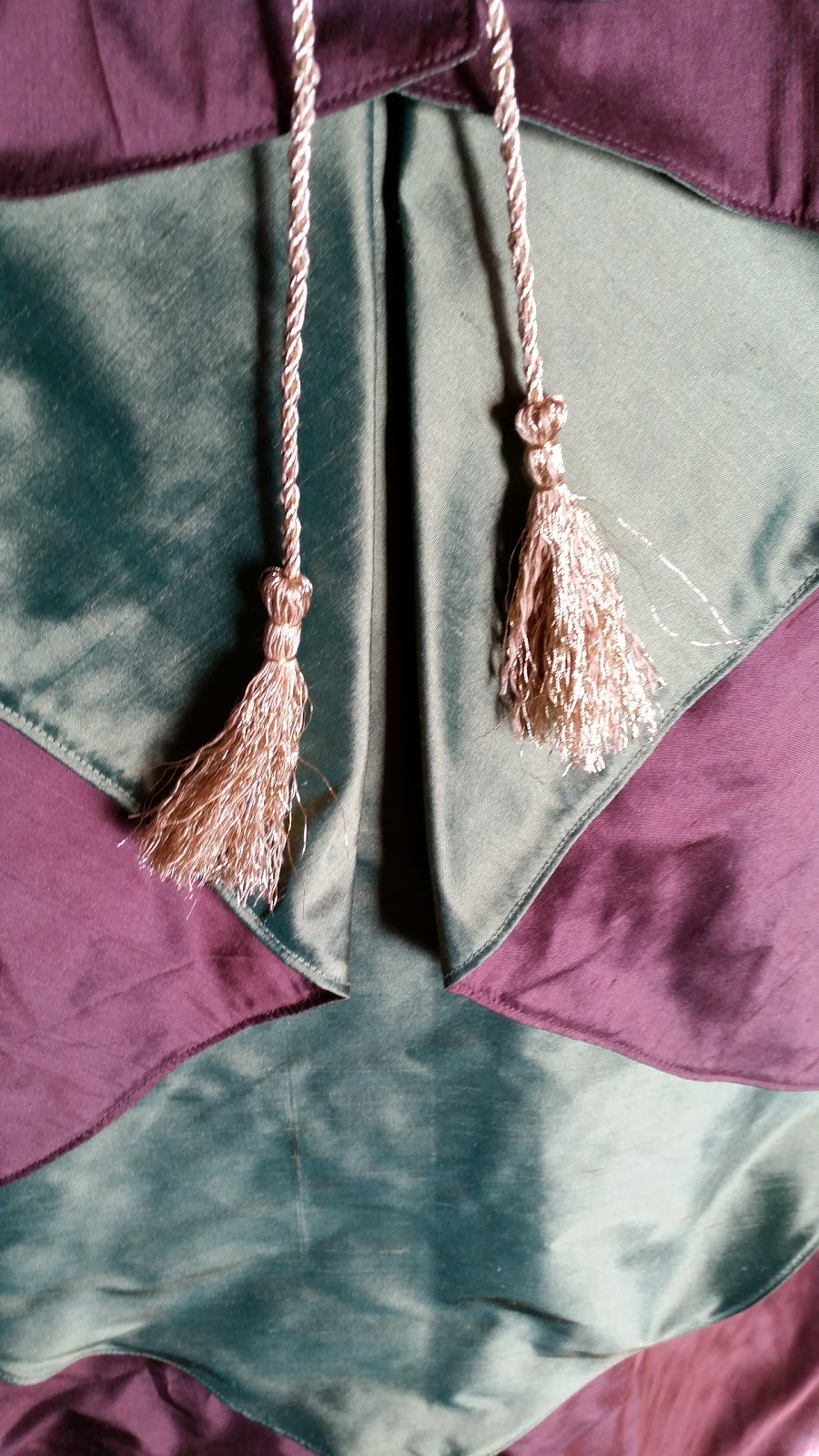 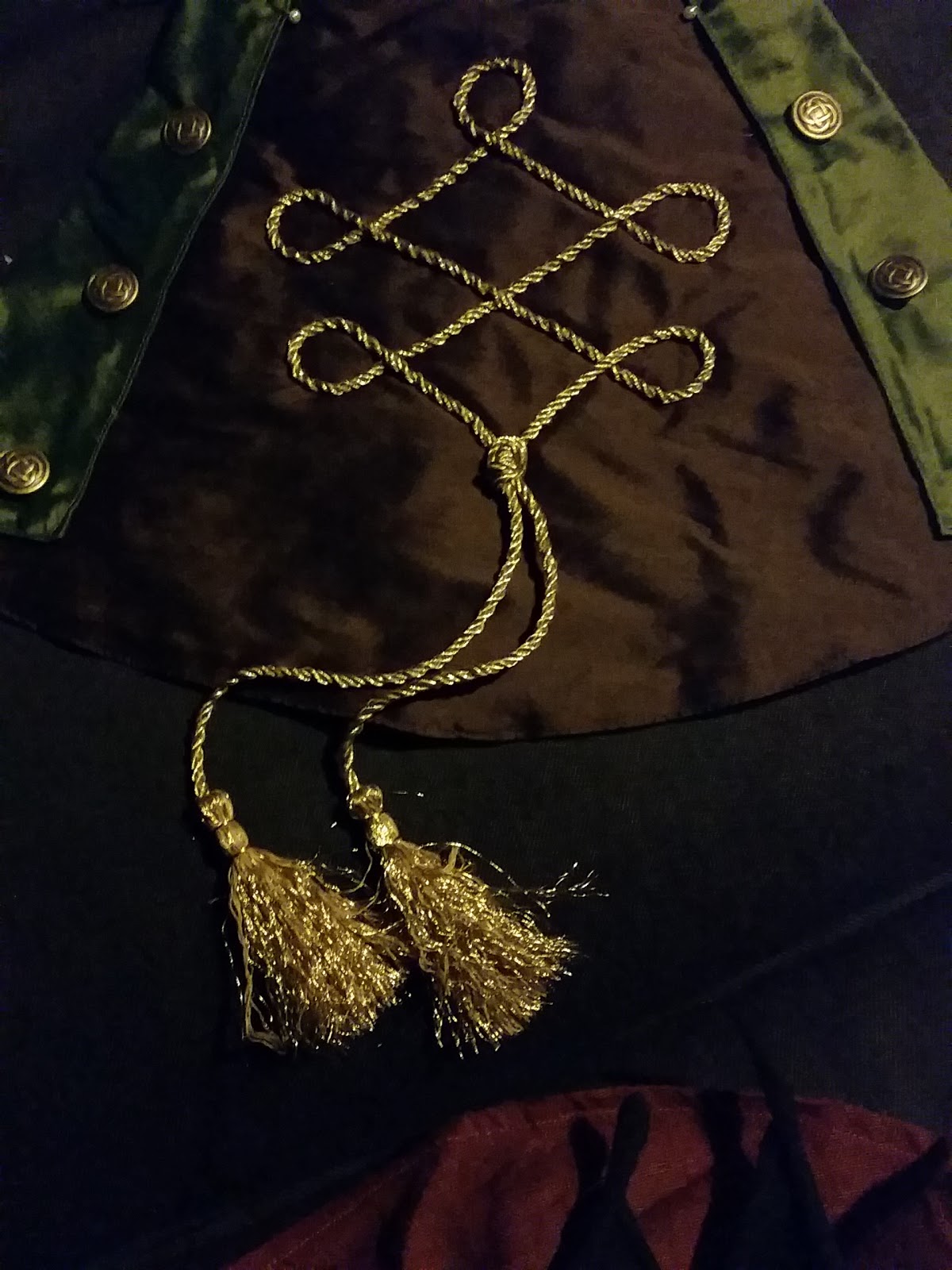 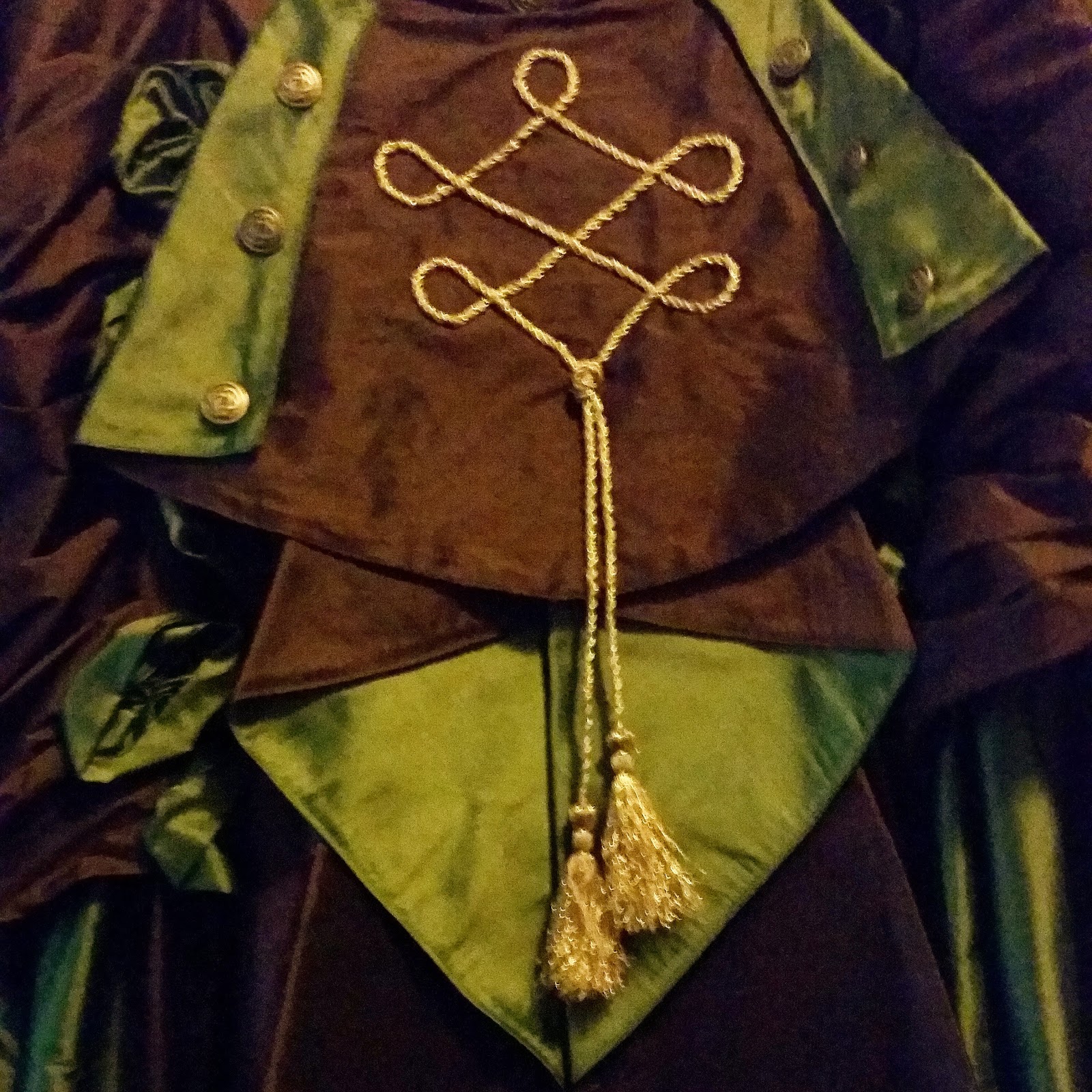