I began cutting and sewing in February, and then we started moving into our new flat, efficiently bringing the entire project to a halt, but before that, I actually got quite a lot done!

Starting with the innermost layer, I dived into the production of the blue velvet tunic. This was generally a fairly easy ordeal, as it's a simplified, hoodless version of Kili's signature blue tunic. The only snag was the eyelets for the front lacing and the cuffs on the sleeves, all of which needed to be hand stitched, and the decorative studs for the collar and the hem. 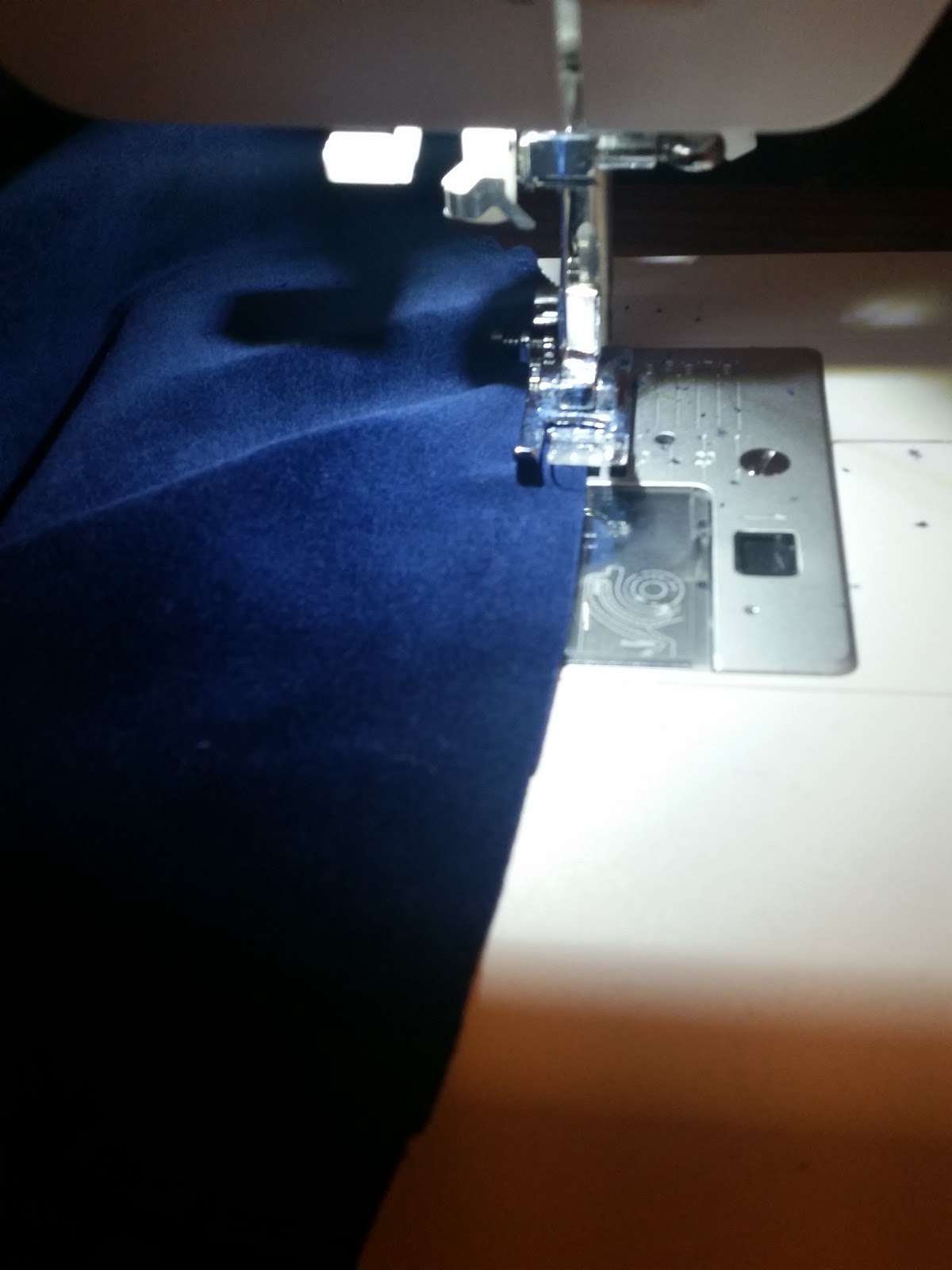 I finished the eyelets for the front lacing, but I've still to do the ones on the cuffs. I've also done enough studs for the collar, but a good deal of them still need to be made, which is both time consuming and rather tedious. 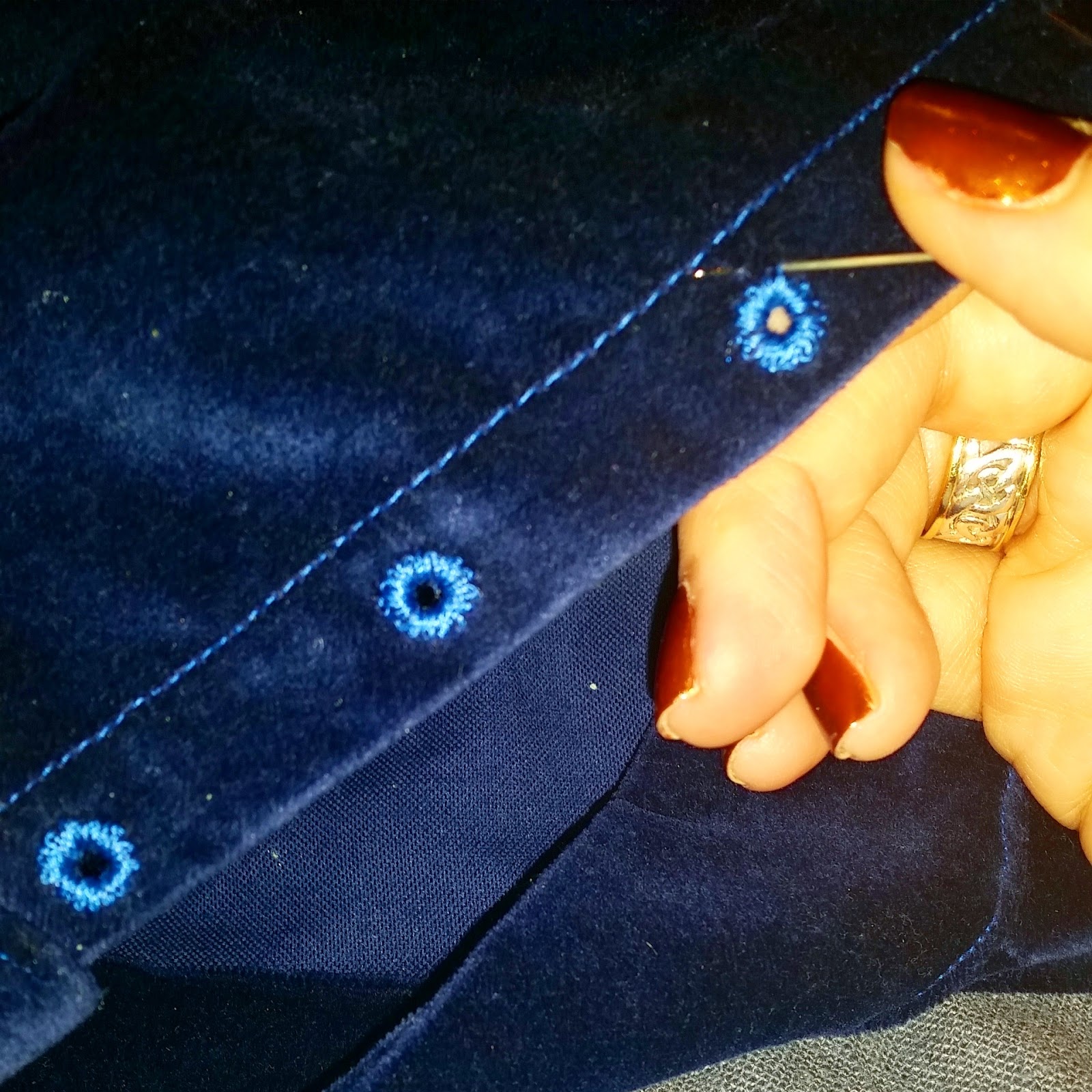 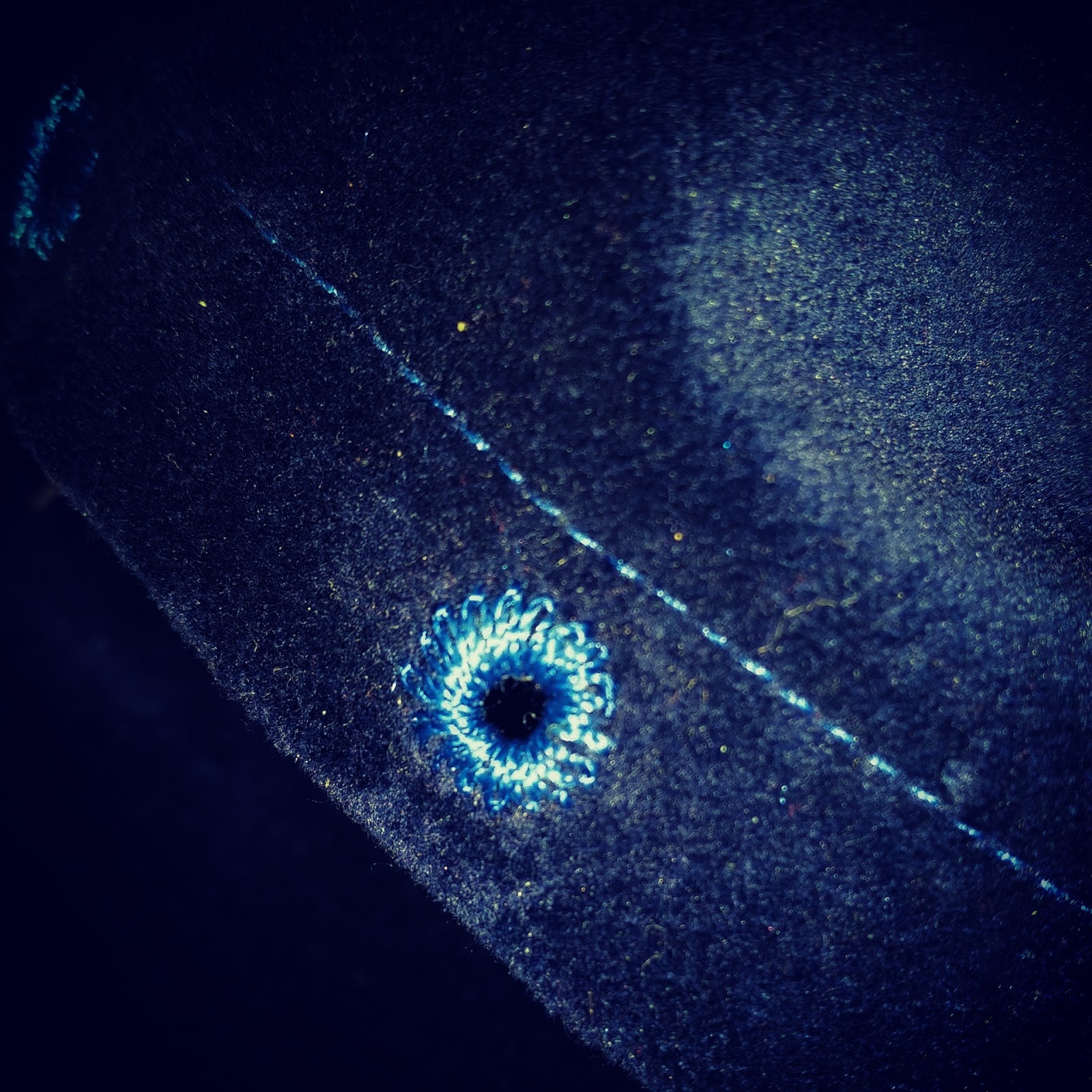 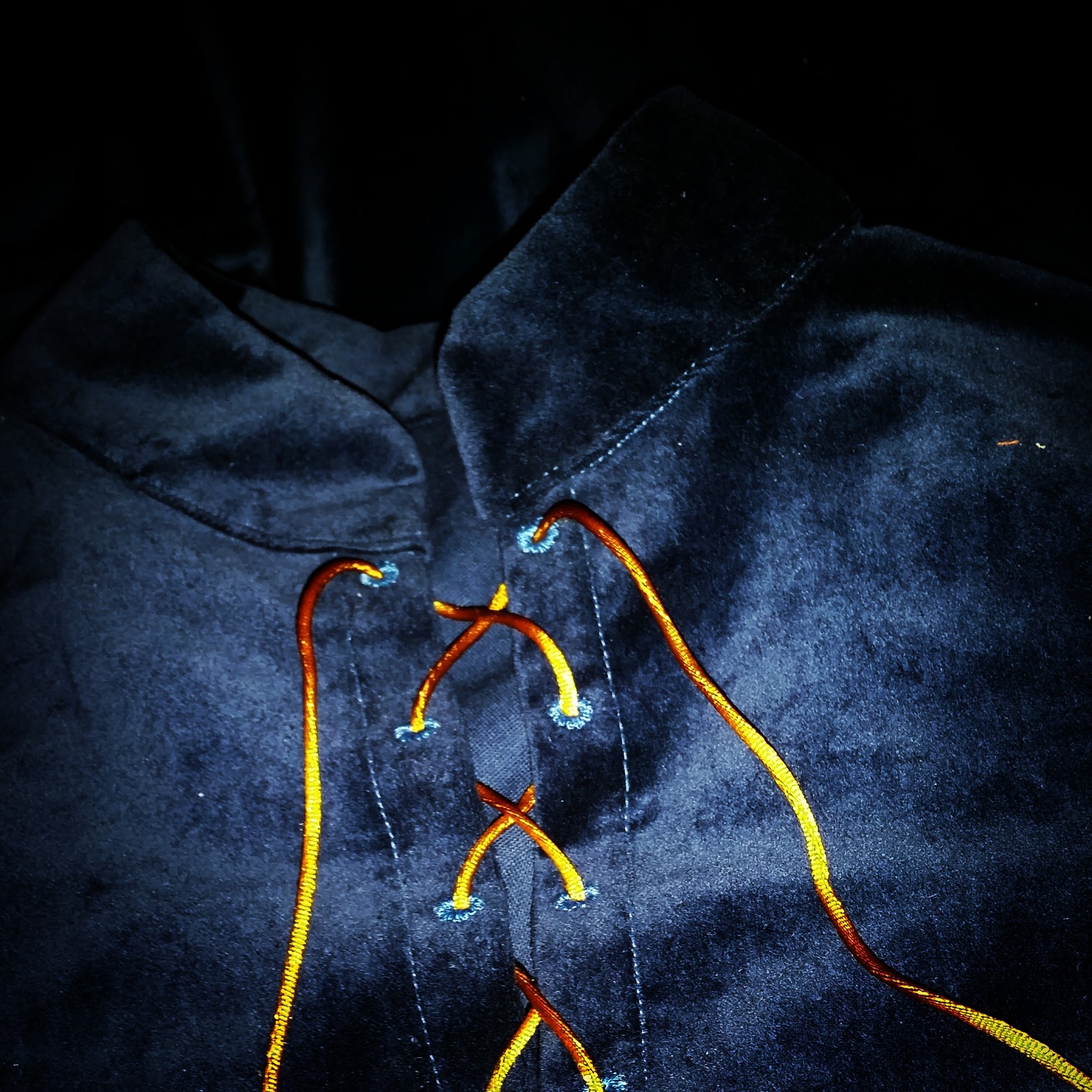 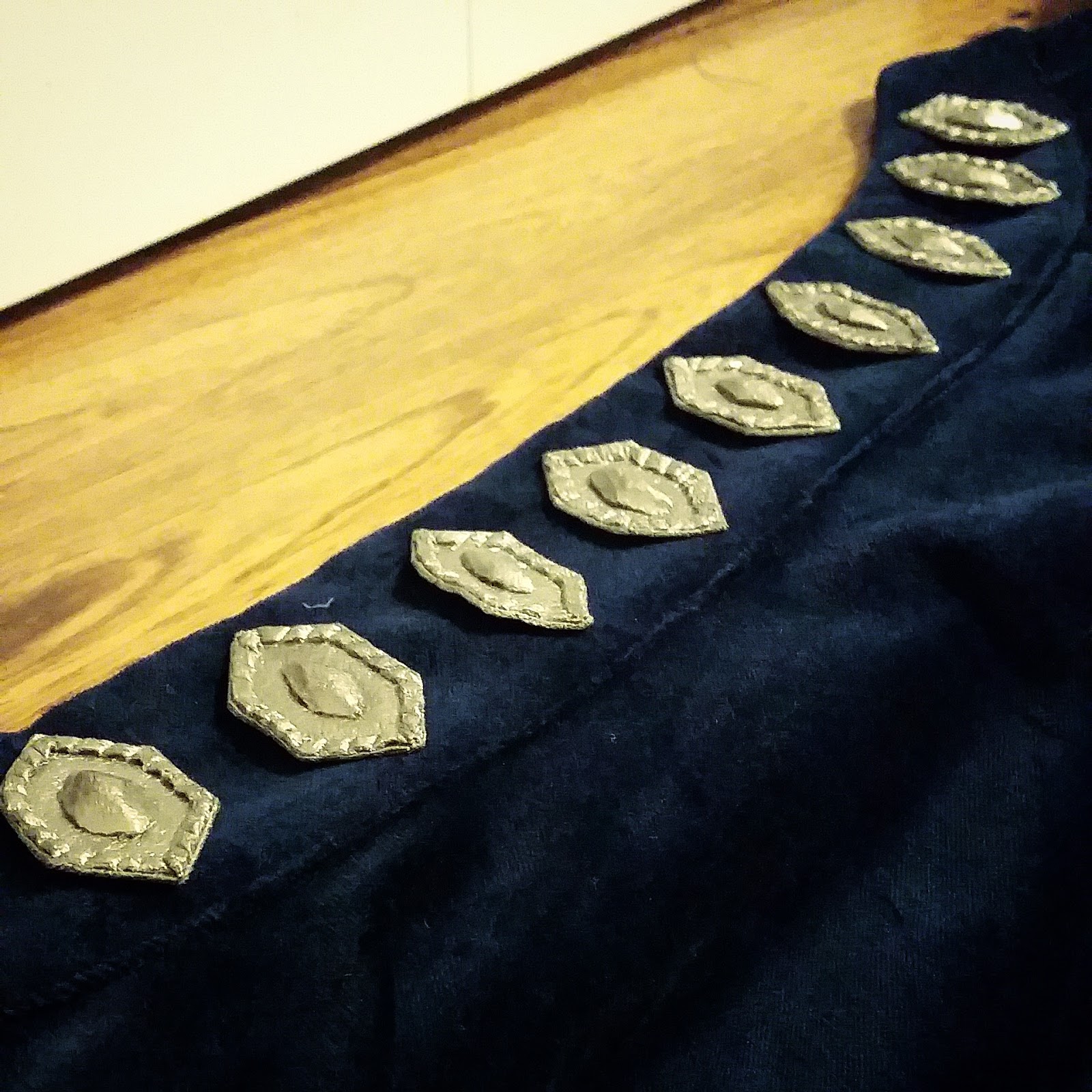 So I moved on to the black velvet over tunic. This too was fairly simple initially, but needs satin lining to allow it to hang smoothly over the blue velvet tunic. In addition to that, I'm adding a trim with the same pattern that's embroidered on Kili's leather jacket in A Long Expected Journey. I've made some of it, but there is still quite a lot left to do. 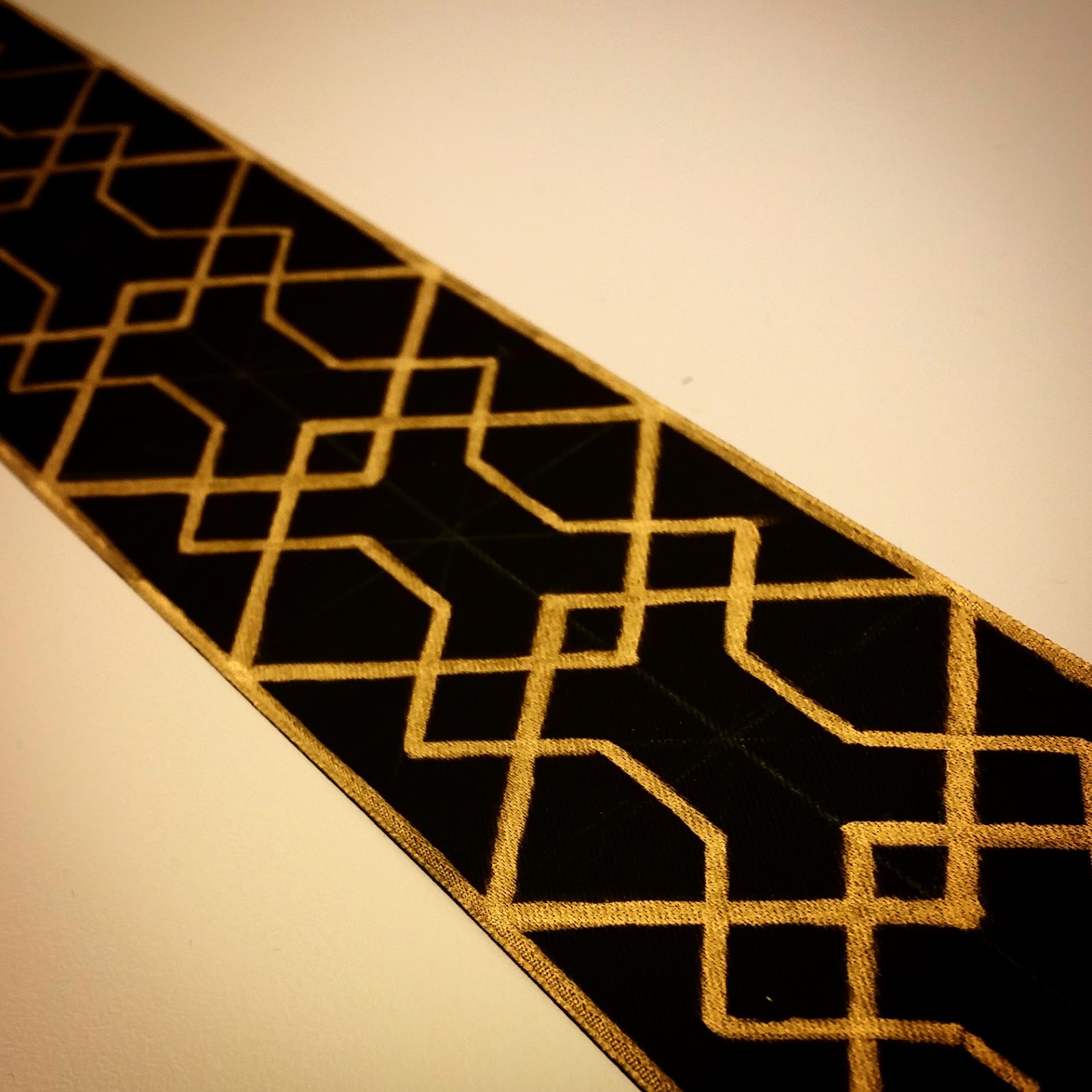 The "leather" overcoat was a little bit more tricky, but mostly because of the leather imitation I used which could be a little argumentative when introduced to my sewing machine. It too needs lining before I can add the fur details to wrap it up. 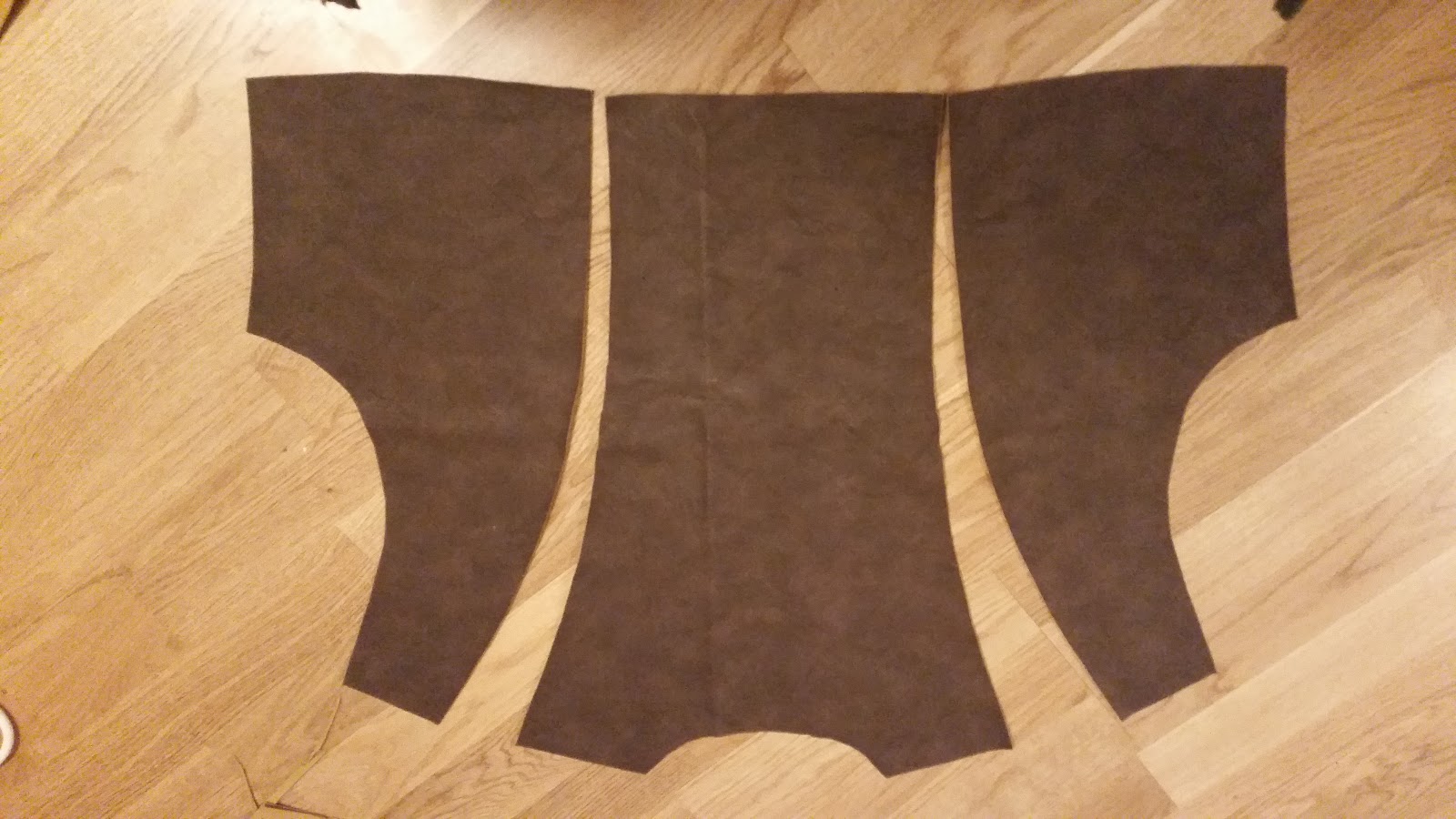 Here's a little peek at how the blue and black tunic look together so far: 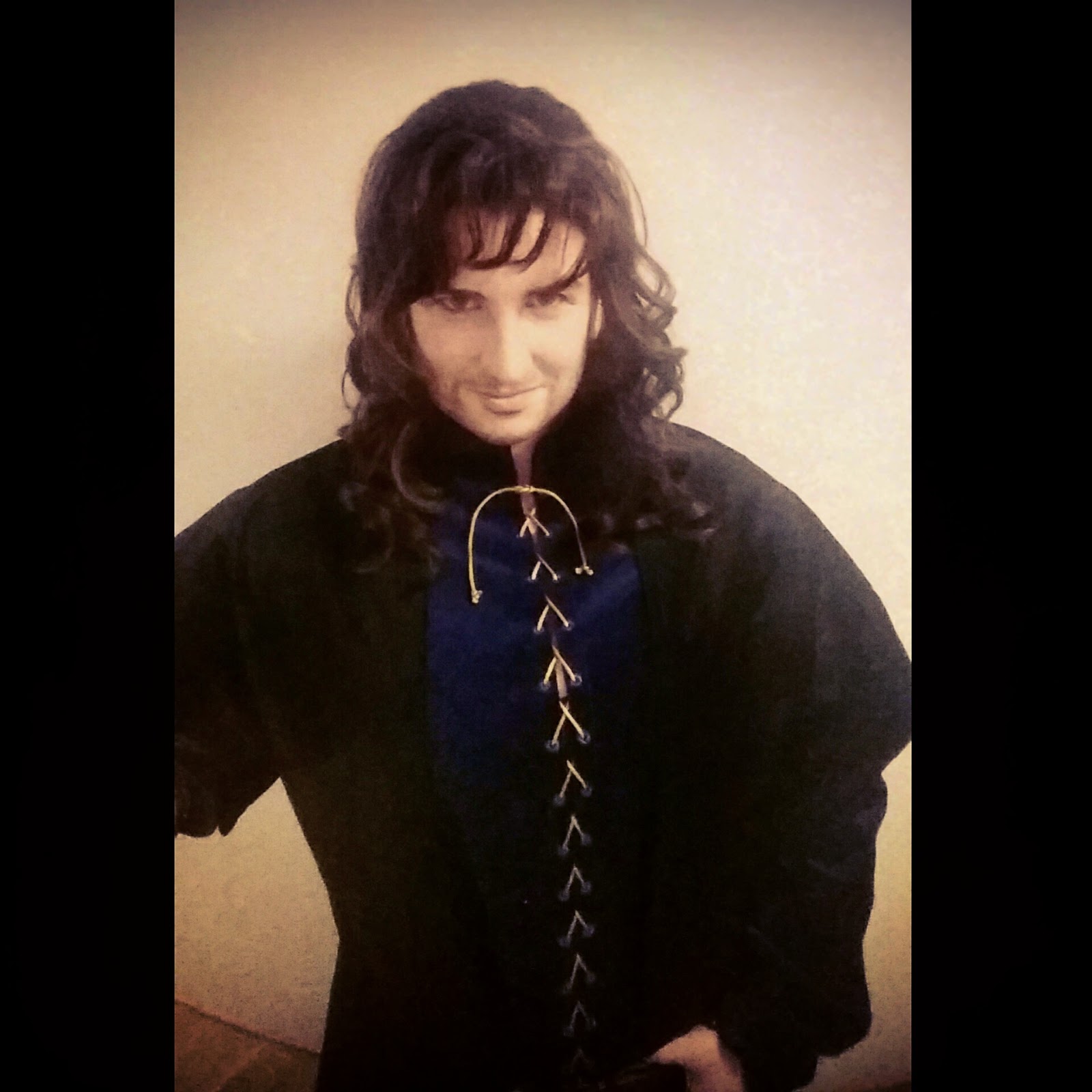