Finally getting back into this project,  I've started remaking the blue tunic, this time in linen, which is far more satisfying than the dreadful cotton.

Having measured up and cut out the pieces for the front and back, , however, I realised there probably won't be enough fabric for me to do both rhe sleeves and the hood, so today will take me on yet another trip to the fabric shop. :p

This is how much I managed to do before running out of material, though:

Having learned a few lessons from the last attempt, I'm using three layers of material for the front piece, plus a fourth layer for the gambeson pieces at the shoulders. This will pad the whole thing up and give it the rigidity around the shoulders seen in this photo. It also makes sense to pad the chest area with you several layers of linen as this would serve as extra armour and protection against weapon penetration. 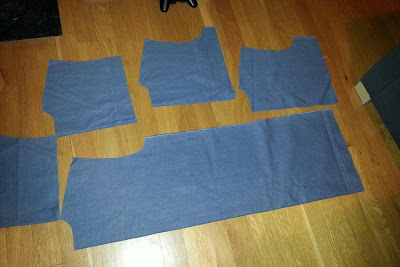 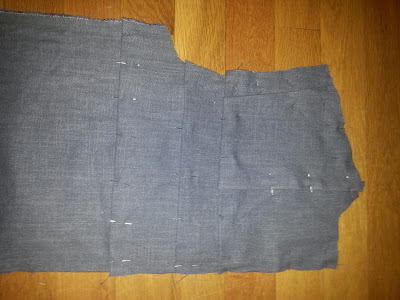 Also, having studied the video blog material on my precious Blue-Ray of The Hobbit, I finally found some shots of the back of the tunic, allowing me some further insight into how it's been constructed. As I'm loathe to post images on my blog that I do not have the rights to, I'll post the sketch I made from the still instead, which illustrates the extra layer on the shoulder area on the back piece: 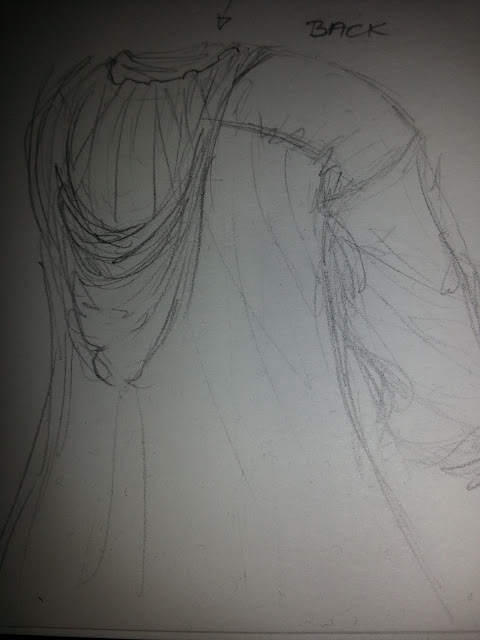 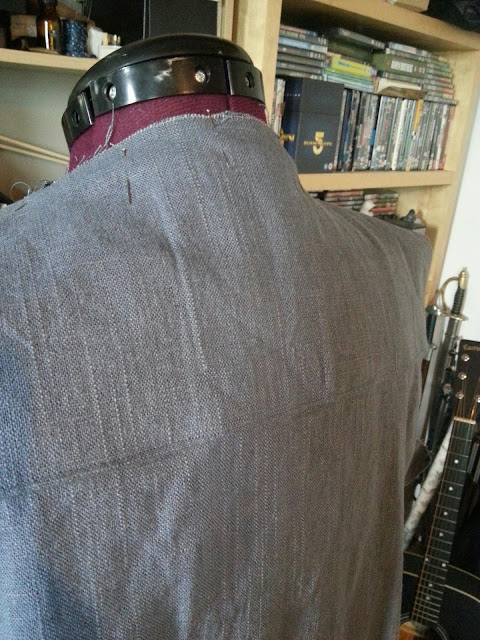 Front piece stitched together (I know, the gambeson piece is far too small, but I cant be bothered redoing it again): 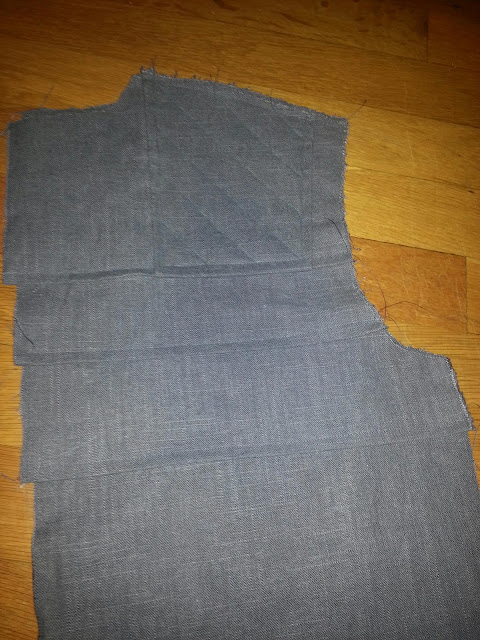 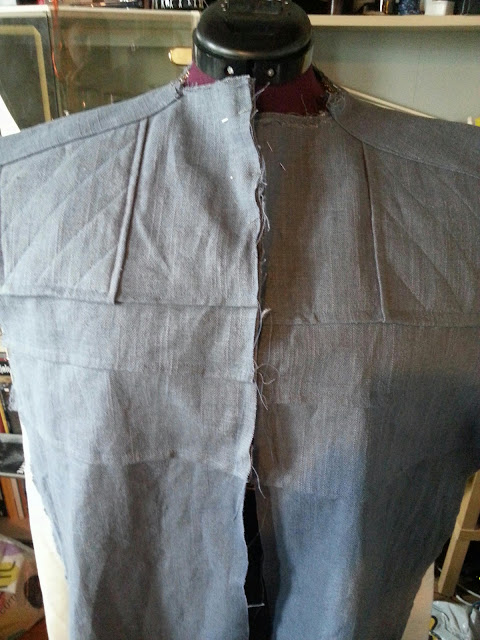 I will return to you with more updates once I have grabbed some more material and made further progress! :)
Posted by Ingrid at 03:22 2 comments:

There's not been much progress on the Kíli front, I admit. Life and the building of a career  has come in the way, and stolen time from it, although, I promise I'll be getting back on track soon! One of the reasons taking me away from the project is my brand new Etsy shop! It's named Chameleon Candour after this blog and it's where I'll be selling stuff I make and possibly even take some commissions.

There's not really that many listings there currently, but I'm working to remedy that coming up with new ideas for products and posting new listings as they take shape. For now, it's mostly products made out of suede leather, but there may be some other materials popping up later on.

Here's some pics of some of the things I've got listed there so far: 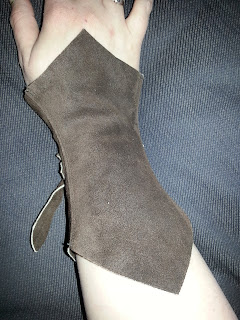 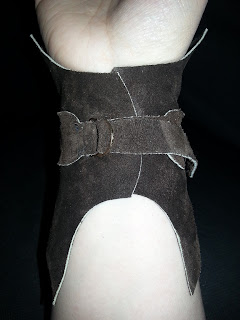 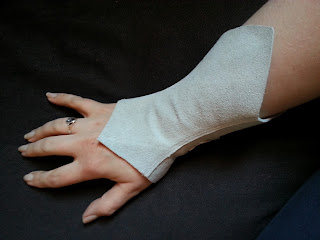 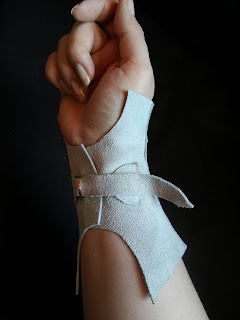 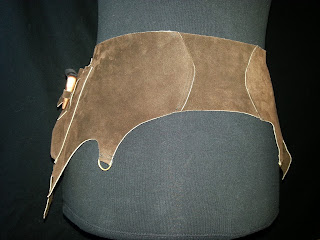 Please pop by and have a look around! :)

Chameleon Candour
Posted by Ingrid at 02:44 No comments: